He has to credit a vast portfolio of completed project which have been recognized as landmarks in their respective category of design. Some of the completed projects included a major Township for Power Grid Corporation of India in Goa, a residential Township for Army Welfare Housing Organization near Panjim in Goa, a building for Punjab National Bank at Gandhidham in Gujarat and a church for the Parish of Vengurla at Sindhudurg in Maharashtra.

He has also completed some hotels like the Lemon Tree Hotel at Condolim and has designed some ongoing Hotel projects at Calangute and Arpora. He has also completed a number of residential houses besides being on the approved panel of consultants for prestigious organization like the AWHO, NIO, MPT, State Bank of India, Uniworth Resorts, Tata Housing Development Co. Ltd., Goa University, Goa Tourism and Several other organizations.

He has been keenly associated with the programme on Green buildings and has been in the forefront of using many of the energy saving features in the design and construction if these project.

Having extensively travelled within India and Abroad Ar. Tulio de Sousa has to his credit many articles and papers on various facets of Architecture and Architectural administration of practice. He has participated in a number of Architectural competitions and has won the competition on Low Cost Housing Module for the Goa Construction Housing Corporation (Govt. of Goa Undertaking). He has also been invited to Participate in the competition for the Golden Jubilee Memorial Hall at MPT in Vasco where his entry was prominently exhibited.

Earlier in 1991, he was the Convenor of Young Architects Festival which was a forum meant to safeguard the interest of young and building professional in the industry.

He has also served as a Member / Director of the Goa State Pollution Control Board and Goa State Infrastructure Development Corporation with Merit. Currently he has also been serving as Vice Chairmen of the Mapusa Urban Co- Operative Bank of Goa Ltd.  and is a Director with the Rotary Club of Mapusa Goa.

He has also been closely associated with the Comunidade Movement in Goa and has been the Attorney of Comunidade of Guirim for several years. 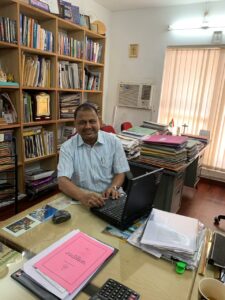 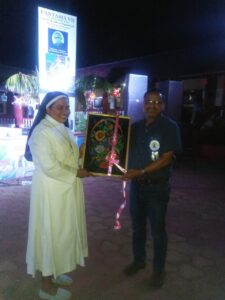